General discussion on all labradoodle-related matters - anything not otherwise covered by specific forums on the site.
Post Reply
18 posts

I know many dogs will happily eat dried food but - mine just DOESN'T LIKE IT!! We started off on Eukanuba from the breeder, (she ate what she needed to survive!) Bella was taken off this due to the trainer and vet feeling it was causing hyperactivity

Then tried minced beef with Burns mixer - she likes the beef but was having constipation problems which the vet felt was due to too much meat. He suggested Burns complete. She won't eat it unless I mix it with minced beef or sardines.

Have you tried naturediet? It's not tinned but it is wet, and the ingredients are really good. Most pet store sell it too Zak is the same has never liked dry food and when he did eat it he would get an upset stomach, He is now on natures diet or wainrights both come in packs rather than tins but Zak loves them both and he looks great.
I spoke to the vet and he agreed if Zak is healthy then keep him on this, and give him some rawhide chews for his teeth and clean them daily.
I would recommend GJW Titmus for your natures diet if you buy 3 cases of 18 they do free postage and are very quick.
Stephen & Zak

Both mine have a mixture of wet and dry.

Wet wise - they have the trays of either natures diet, wainwrights (P@H) or forthglade. They all have around 60% meat, veg and brown rice as the ingredients as well as various vits and minerals. They are a complete diet so you can feed them indefinately.

I generally get my wet food from berriewoods (I love the company as the delivery is excellent and they give you a 1 hour time slot so you don't have to wait in all day) they do offers on wet pouches where you get free delivery with your order.

They do last as well. I went with the 72 trays and still have them 3 months later as I am only mixing them with dry but they keep well as they are vaccum sealed.

However, your average doodle would probably need 2 - 2.5 packs a day.
Top

I mix in a handful of James well beloved for a bit of crunch, but that's optional. I agree with you that its important to find something they like. Herbie was on Oscars dry when he came from his breeder. He enjoyed it for the first few months, but they he started to leave it. I just picked a food that suited both of us.

Pebbles has Lilys Kitchen which is a wet food. She won't eat dry food either. As a puppy she also only ate enough to survive and I saw such a difference in her once she started eating Lilys Kitchen. It is expensive but Pebbles is only little so doesn't eat huge amounts.

My lot have a rotation between naturediet (in packets) and nature's menu, which is in tins, they adore it. Don't ever remember seeing it in PAH so I get mine from here http://www.naturesmenu.co.uk and I would be fibbing if I said I never bought the odd tin of Butcher's Tripe or Chappie from the supermarket

Lizzie is the first dog Ive not fed on tinned food,all the others lived till a ripe old age.not to many problems,hardly ever used the vet(no insurance needed)
It must make you feal really good seeing her eat,I think shes trying to tell you something.
I read somewhere that although Chappie is the cheapest its made from alot of fish which is easy to digest.If the poos are fine,not to runny,Id think tinned food is alright for her.

I feed my 21 week old doodle on Pedigree Chum Puppy food pouches and Pedigree Chum Puppy Complete. It was what the breeder fed them on and I've never had any problems. It's relatively inexpensive and available everywhere. My older dogs have canned food usually Pedigree Chum/Winalot/Butchers depending on what's on promotion and the occasional Glenryck pilchards in tomato sauce and I always leave a bowl of complete dry down for snacking.

Wes is becoming a bit of a nightmare to feed to be honest.He won't eat dry food on its own and the only tinned food he would eat occasionally was Butchers.I did try being firm with him and gave him just Iams(he enjoyed the free sample!)but after refusing it all day and looking so sad I ended up defrosting a chicken and cooking it..at 9.30pm.However he LOVED the left overs from Sunday lunch, though he managed to leave the peas.He will always eat cooked chicken,tinned tuna,sardines cooked minced steak.Am now experimenting with introducing him to Barf.It is quite odd that after many years of having dogs this is the first time I have actually spoonfed a puppy....maybe I am losing it 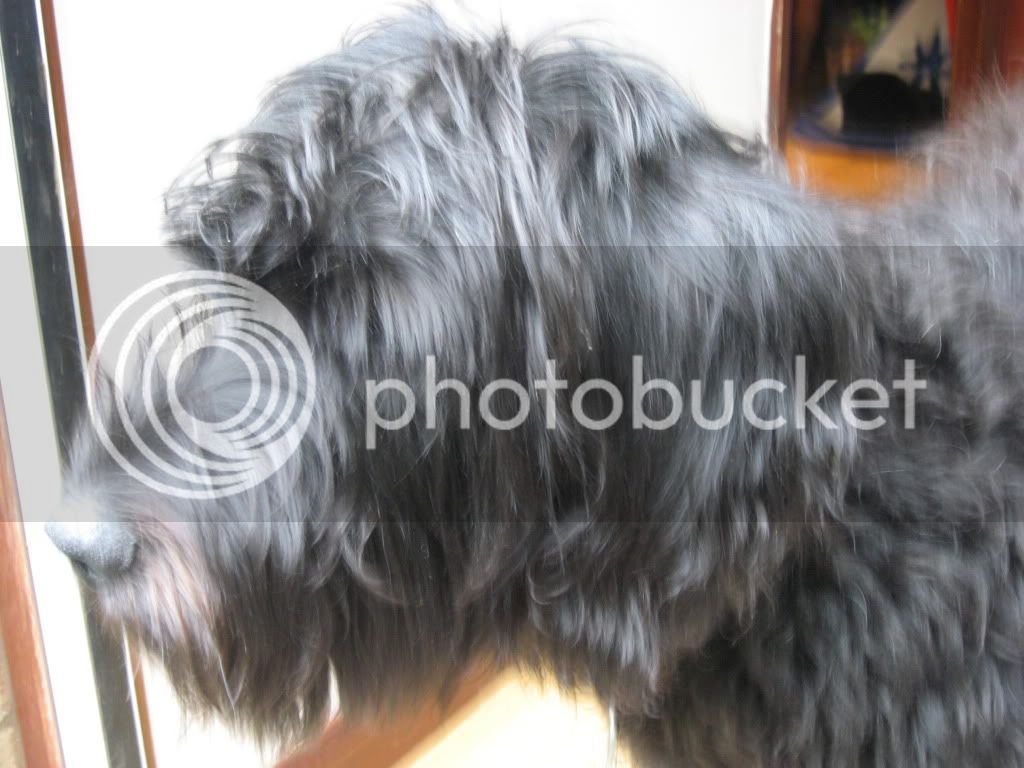 Our daisy loves the caserole winalot tinned food and also the winalot roasts together with iams dried food mixed togther with gravy.

Kizzie and Murphy both eat Nature diet mixed into their kibble. I buy 4 cases at a time from Berrieswoods - I have also ordered from Titmus, great service from both.
Wendy, Kizzie Whizz and Murphy I give my 2 Green dry dog food mixed in with wet which I too vary.
Chappie is good for them as mentioned but if there's an offer on another I buy that for a change. Natures vacuum packed is another one but on the odd occasion I've mixed the dry dog food with just warm water which softens it.
I too had a dog years ago that lived off of Chappie and lived a long life - he also had loads of kids left overs which looking back wasn't perhaps a good idea - he would anything !
I think what is more important is the weight of a dog - that seems to cause more problems in later life
I have worried about what I give my 2 so I understand your problem - there's so much to choose from and it gets confusing- Pets at home have loads of food and alot is always on offer = good luck and hope you find something your dog likes - as I know its a worry if they don't eat.

Our trainer reccommended Chappie, but must be "original" tinned food (low in Protein which cuts down on hyperactivity apparently) because Floyd has always had a dodgy tummy from puppyhood. We have tried numerous sensitive diets to no avail!

He has been enjoying this for the past few months and his number twos seem to be settling a little.

I can highly reccomend it....!